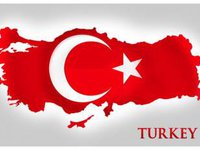 The Turkish Foreign Ministry has denied Russian media reports about the alleged resumption of a cargo ferry service between Turkey and Russia-annexed Crimea, Ukrainian Ambassador to Turkey Andrei Sybiha has said.

“At the Embassy’s request, the Turkish Foreign Ministry has refuted another fake of Russian propaganda about the alleged renewal of the Kerch-Zonguldak maritime shipping route,” Sybiha wrote on Twitter on Friday.

The Russian media earlier reported about the alleged resumption of the weekly cargo ferry service between Turkey and Crimea, and that a second batch of cargo was allegedly being prepared for dispatch. In the summer of 2018, the Russia-controlled Crimean authorities announced plans to resume the ferry service with Turkey by the end of the autumn of 2018.

In view of sanctions on Crimea and the Russian Federation, which occupied the peninsula in 2014, Turkey in October 2017 decided not to accept ships arriving from the ports of Crimea. The ban applies to ships flying any country’s flag.