Travis Kalanick has ridden as far as he’s going to go. The co-founder and former CEO of Uber (NYSE:UBER) was an active seller of Uber’s stock in November and December, unloading 100% of his position. He grossed close to $2.8 billion through shares he owned directly and indirectly. Kalanick further ended his relationship with the company by resigning his seat on Uber’s board.

When someone high up in a company buys or sells its own stock, it’s called insider trading. Insider trading, especially insider sales, can be a red flag for investors that something is amiss with the company and it’s time to move on. So, should investors sell Uber now that Kalanick is getting out? 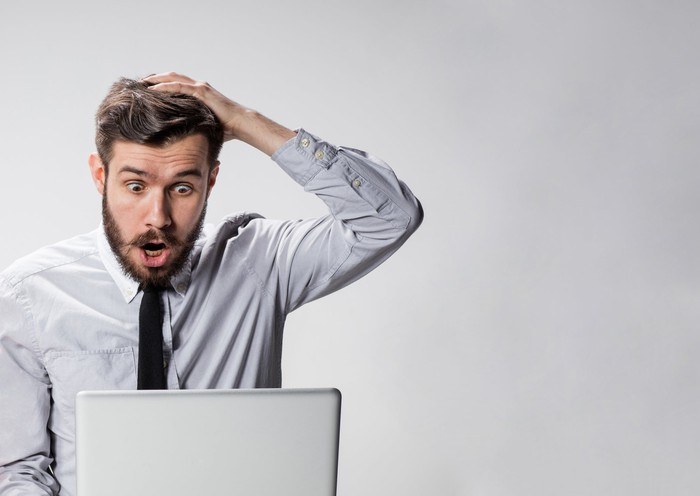 Insider trading has negative connotations for many investors, but not all insider trading is the same. Attempting to gain or avoid losses from material nonpublic public is categorically bad. But company insiders are real people with personal situations, and there are many non-sinister motivations to sell.

In Kalanick’s case, as an early insider of Uber, he amassed quite a stake in the company. SEC filings show that he entered November directly owning over 75 million shares, and another 22.6 million owned indirectly in a charitable remainder unitrust (CRUT). He sold his stake methodically through a Rule 10b5-1 plan, which is an SEC provision for insiders to sell a stake while keeping everything above board in regards to insider-trading laws.

Back to Uber, it’s important to remember that in 2017 Kalanick was forced out of the CEO position. He remained on the board, but that’s not scratching his entrepreneurial itch the same way leading the company did. Kalanick cut ties with Uber and liquidated his stock position, not necessarily because he’s lost faith in Uber, but because he needs the funds to pursue new ventures.

Among other activities, Kalanick is investing in a start-up called CloudKitchens. Think of it as the Airbnb of restaurants, or perhaps WeWork for chefs. CloudKitchens will provide shareable kitchen spaces for restaurants to prepare food for delivery only. And if that sounds weird, so did Uber ten years ago.

Why investors should ignore this noise

It’s true that Travis Kalanick is now done with Uber, but this is largely irrelevant for investors. A CEO shakeup initially is a relevant detail, but new CEO Dara Khosrowshahi has been leading the company for over two years now. Uber’s underlying business prospects remain unchanged despite this latest news on Kalanick. The company is still the world’s largest ride-hailing service, supplying over 14 million trips daily while simultaneously spending big in newer speculative opportunities.

One such bet is called Uber Elevate — a futuristic venture for autonomous aerial ridesharing. Uber has basically created an electric helicopter taxi that it hopes will carry passengers in 2023. That’s a long timeline for an audacious plan just crazy enough to work. And bets like these are a major drag on Uber’s overall earnings. Uber Elevate is recorded under Uber’s ATG and Other Technology Programs segment. This segment racked up a $124 million loss in the third quarter alone, and $369 million so far year to date.

The company breaks its revenue into five different segments, and all are unprofitable except for the more mature Rides segment. However, all of Uber’s results (including Rides) come with an asterisk. Profitability is reported on an adjusted EBITDA basis — and EBITDA is an adjusted profitability metric in the first place. Using generally accepted accounting principles (GAAP), and removing segmented information, Uber recorded nearly a $1.2 billion loss on $3.8 billion in revenue in the third quarter.

But it’s hard not to at least be impressed with what Uber has built. In just ten years the company has achieved global scale with its ridesharing service. And now it’s taking plunges into adjacent business ventures such as food delivery, last-mile freight, and the aforementioned aerial taxis. These are the kind of big-picture business visions that can turn into market-beating stocks.

I’m not saying that investors should rush out and buy Uber stock today. The point is that Kalanick’s complete separation from Uber isn’t material to Uber investors. However, cash burn is a legitimate concern for any growth stock like Uber, despite how good the growth prospects are. The company, as already noted, in unprofitable and has burned through $2.5 billion in negative operating cash flow year to date.

For those still on the fence, a good idea is to wait. Management has set a profitability goal for full-year 2021, but has been light on step-by-step details. It’s worth keeping an eye on. Any improving profitability going into 2021 could signal the plan is coming together.