The UK has become the first country to publish a statement outlining how the Government will tackle modern slavery across its supply chain and spending measures. 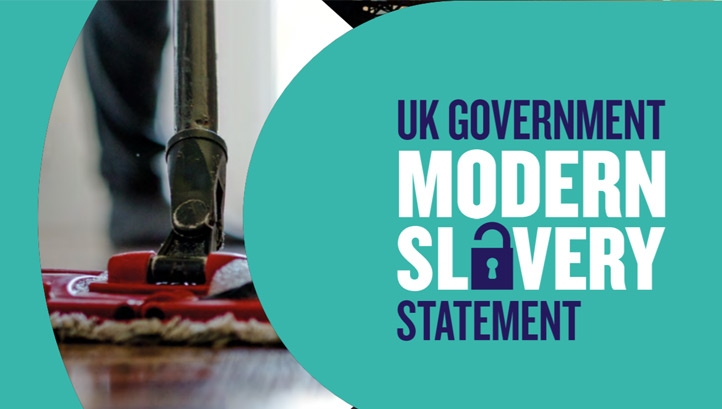 2016 figures estimate there are 13,000 victims of modern slavery in the UK

The UK Government’s modern slavery statement arrives on the five-year anniversary of the Modern Slavery Act (MSA), which was introduced by the Government to require large businesses to outline approaches to identifying and tackling modern slavery.

The Act, which came into force 29 October 2015, requires all companies with a turnover of more than £36m operating in the UK to publish an annual slavery and human trafficking statement outlining their approach to identifying and eradicating slavery in their supply chains.

This week, the Government has published its modern slavery statement, which sets out how it will eradicate modern slavery from its supply chain, which includes engaging with 400 suppliers and training more than 250 commercial staff.

The statement also expresses a commitment for the Government to assess the risk of modern slavery across the £50bn of its annual spending. Individual ministerial departments will also have to publish modern slavery statements from 2021.

Safeguarding Minister Victoria Atkins said: “As we acknowledge everything this government has achieved for victims of modern slavery over the last five years, I am proud that we are taking this unprecedented step to show how we are tackling slavery during procurement.

“We are committed to targeting perpetrators and safeguarding victims of this horrific crime, both domestically and globally.”

While discussions of modern slavery elicit imagery often associated with developing countries, 2016 figures estimate there are 13,000 victims of modern slavery in the UK and the number of people identified as slaves in the country continues to increase each year.

The UK Government has claimed that modern slavery costs the national economy around £4.3bn annually, with external reports noting that the UK imports more than £13.7bn of “at-risk” goods, likely to have been produced through forced labour annually.

The Government has consulted on strengthening the requirements for large businesses to publish modern slavery statement, which could be extended to public bodies. A new registry for statements will be set up in due course.

At a business level, supermarket giants Marks & Spencer (M&S) and Tesco have been named among the corporates leading the FTSE 100’s drive for better compliance with the MSA. The 2019 edition of the Global Governance FTSE 100 Index ranks businesses based on whether they have published, as the MSA requires, a public statement on modern slavery this year or during 2018, and how strong these statements are.

The table’s top four companies – M&S, Tesco, British American Tobacco and Morrison’s – remain unchanged from the 2018 edition of the rankings, while alcoholic beverage giant Diageo rose up the table to rank fifth. The top ten is rounded off by BT, Unilever, Rentokil, Pearson and Lloyd’s Banking Group.

More recently, hundreds of investors have written to global companies deemed to be performing poorly on human rights indicators, calling for immediate action to improve standards across operations and value chains.