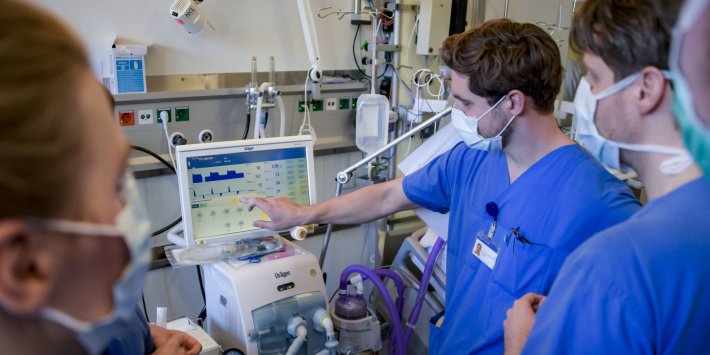 The UK did not take part in an EU scheme to buy more ventilators during the coronavirus outbreak after a mix-up meant the invitation to sign up went missing.

Boris Johnson was accused of putting “Brexit over breathing” after the Government said it was going it alone because the UK was no longer in the EU.

The procurement scheme aims to leverage the trading bloc’s massive purchasing power to buy more of the life-saving machines faster and more cheaply.

Last week the European Commission confirmed Britain was still “eligible to participate in these joint procedures” despite formally leaving the EU on 31 January.

But instead Downing Street put out a call to domestic firms to come forward and manufacture extra ventilators, with vacuum giant Dyson among those offering to take part.

Asked why the Government had chosen not to join the EU scheme, the Prime Minister’s spokesman replied: “Because we’re no longer members of the EU.”

However after an investigation into the matter the Government has now changed its position.

A spokesperson said: “Owing to an initial communication problem, the UK did not receive an invitation in time to join in four joint procurements in response to the coronavirus pandemic.

“As the Commission has confirmed, we are eligible to participate in joint procurements during the transition period, following our departure from the EU earlier this year.

They added: “We are working round the clock with industry, the NHS, social care providers and the Army to ensure the supply of PPE [personal protective equipment] over the coming weeks and months and will give our NHS and the social care sector everything they need to tackle this outbreak.’’

And Labour’s Shadow Health Secretary, Jon Ashworth, told PoliticsHome: “With widespread concerns about our ventilator capacity and the urgent need to scale up capacity we should be co-operating through international schemes to ensure we get these desperately need pieces of kit.”