Authorities have identified the acidic substance that was spilled near an intersection outside Idaho Falls Thursday morning.

Bonneville County Sheriff’s Office Sgt. Bryan Lovell said it was an “acidic agricultural product used for the breakdown of various agricultural waste.” He said that one or more containers of this product tipped off a trailer it was riding on and was either breached or dumped while the driver of the trailer was attempting to load it back on.

Previously authorities believed the substance was dumped on the road intentionally.

Lovell said authorities have been in contact with the drivers of the vehicle, and that cleanup of the spill continues.

There is no threat to the public. 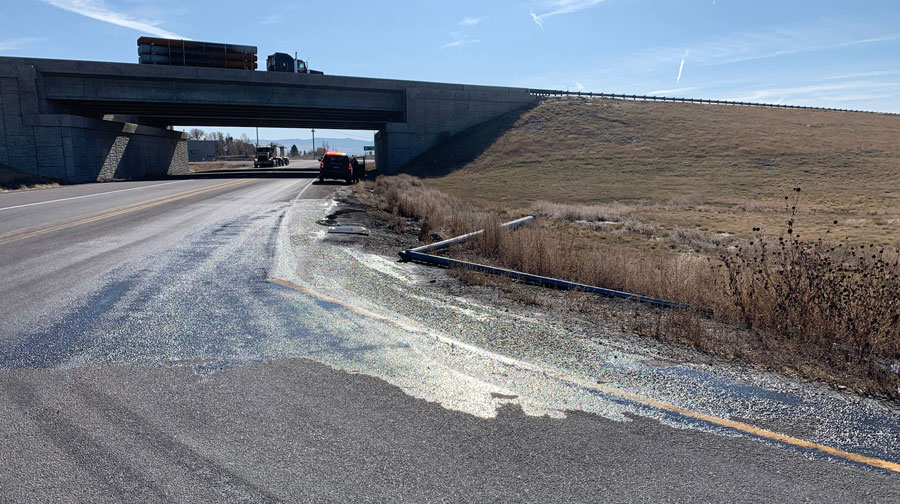 The following is a joint news release from the Idaho Falls Fire Department and Bonneville Sheriff’s Office.

IDAHO FALLS — Authorities are investigating a suspicious spill near the intersection of 15th East and U.S. Highway 20 near Idaho Falls.

At about 11:10 a.m. Thursday, an individual contacted dispatch and reported seeing a man dump suspicious fluid onto the asphalt and dirt near the road. 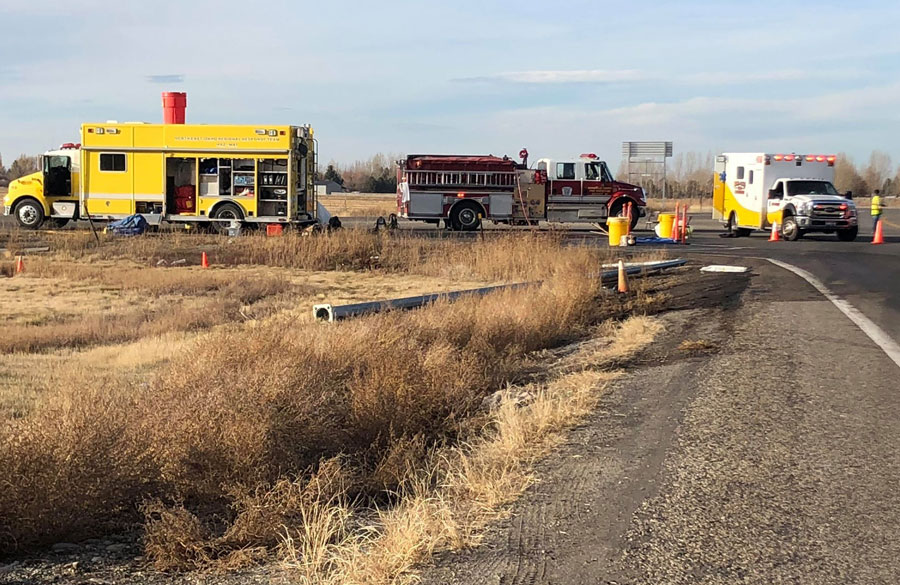 Law enforcement, emergency responders and hazmat responded to the scene.

Shortly after arriving on scene, Idaho Falls firefighters notified the Idaho Office of Emergency Management and reported the incident. A conference call was coordinated through the IOEM State Communications office which consisted of officials from Idaho Falls Fire Department, IOEM, State Health Department and Department of Environmental Quality.

The Region 7 Hazardous Material Response Team then tested the fluid which showed a pH value of 1. With a pH scale from 0 to 14 and 7 being neutral, the test indicated that the fluid was very acidic. 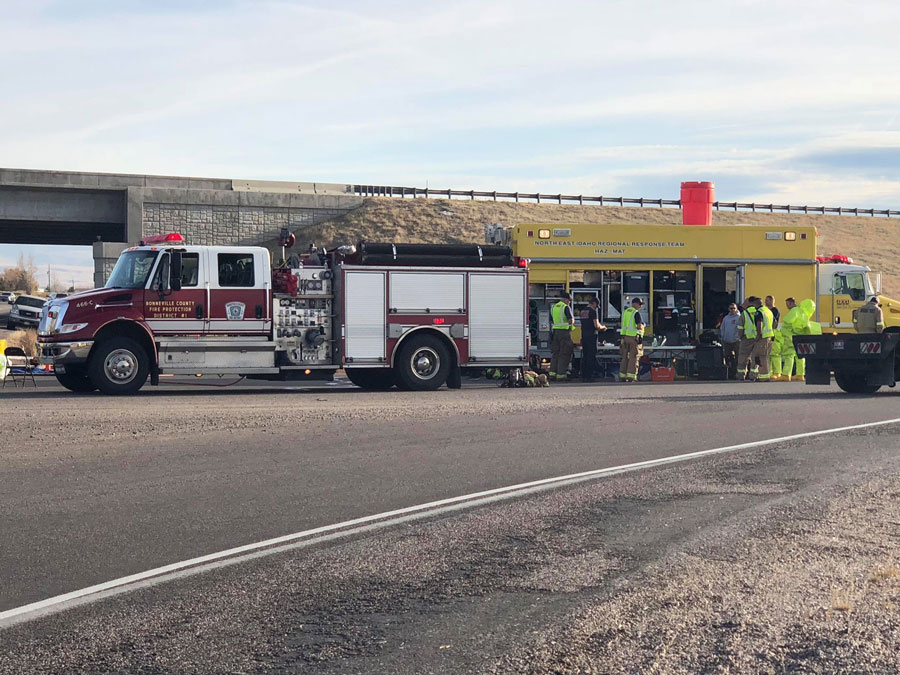 Emergency responders have the approximate 40-foot by 20-foot spill area contained. There is no known threat to the public at this time. The hazmat team has spread neutralizing material on the acid. Barricades are being brought in to keep the area contained until a certified contractor arrives to safely remove the material.

There are no road closures, but motorists are encouraged to avoid the area, reduce speeds and watch for first responders on the side of the road who will remain on scene until the material is cleaned up. It is not known at this time how long the cleanup will take.

This incident is under investigation. Anyone with information about this incident is asked to please contact Idaho Falls/Bonneville County Emergency Dispatch at (208) 529-1200. Information may also be reported anonymously to Crime Stoppers at (208) 522-1983 or ifcrime.org.