Federal indictments unsealed last month in Utah allege that 10 individuals participated in a decadelong scheme to pay a senior FedEx Ground manager in the state $1 million in bribes to steer business to trucking companies complicit in the plan, netting the companies hundreds of millions of dollars in fraudulent and unauthorized contracts.

The charges allege that Ryan Mower, 47, of Bountiful, Utah, who oversaw FedEx Ground’s contract service providers in the state from 2008-2019, allowed participating trucking companies to obtain unauthorized runs, boost miles, receive payments for “ghost runs” they never made and falsely report accidents, all to gain income.

Mower was the senior linehaul manager at the carrier’s North Salt Lake hub. As FedEx Ground’s highest-ranking employee in Utah, his primary responsibilities included overseeing the company’s contracted service providers and ensuring that each complied with FedEx Ground’s policies and regulations, according to the indictments, unsealed on Oct. 25.

“Instead, Mower ensured that the co-conspirators’ companies received runs in at least two different ways, providing the trucking companies preferential treatment in the daily assigning of FXG unassigned runs,” the indictment said. “Unassigned runs have set origins, but the destination changes daily and the mileage for the run varies based on the needs of FXG. The FXG dispatchers are supposed to assign these runs on a rotating basis.” 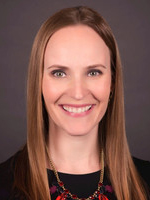 “The deplorable behavior detailed in the indictments is shocking and does not reflect the professionalism and values we expect from FedEx employees or service providers,” Meredith Miller, manager of FedEx Ground External communications, told Transport Topics. “We appreciate the authorities uncovering this illegal behavior and are committed to continuing to work with them on their investigation. We are taking this opportunity to reinforce our ethics standards, compliance programs and expectations, and reporting obligations with our employees and service providers.”

Miller said the vast majority of the money paid out to the trucking companies was for work actually performed.

“Because FedEx Ground would have paid to have that work performed in any event, the net financial loss to FedEx Ground is a small fraction of this amount and is not material,” Miller said.

Here’s a synopsis of the five separate indictments:

In addition to the criminal charges, the federal government obtained seizure warrants to deprive the defendants of the profits of their alleged criminal conduct by seizing 25 pieces of real property, 60 bank accounts, investments, cars, boats, snowmobiles, motorcycles, ATVs, trailers, jewelry and firearms. Items seized during a case are held while the case is litigated, government prosecutors said.