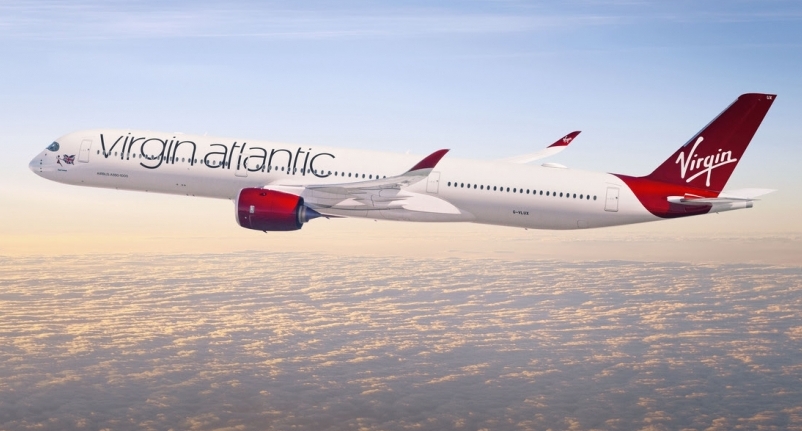 In March, Johannesburg will also be the first non-US route to begin services with the airline’s new A350-1000.

February 12, 2020: As Virgin Atlantic Cargo celebrates 24 years of service to South Africa, the introduction of new daily Heathrow, London to Cape Town will offer new export and import opportunities for customers already supporting Virgin Atlantic’s existing double daily services from Heathrow to Johannesburg. The B787-9 service will commence on October 25. The service will increase capacity to Cuba as part of their winter flying programme.

South Africa is one of Virgin Atlantic’s most popular cargo routes, attracting regular shipments of pre-packed fruit salads, vegetables, stone fruits, and fish as well as car parts, computer and electrical components, mining equipment, pharmaceuticals, books, and magazines. In March, Johannesburg will also be the first non-US route to begin services with the airline’s new A350-1000.

Virgin Atlantic will also reinforce its position as the only airline flying directly to Havana, Cuba from London Heathrow by adding another weekly service to the city. Flights will depart Heathrow every Tuesday, Friday, and Sunday.

The winter flying enhancements are in addition to Virgin Atlantic’s new daily services from Heathrow to Sao Paulo, second daily Delhi flights and increased Heathrow to San Francisco flights, which all take-off at the end of March. Virgin Atlantic Cargo is also marketing the cargo capacity of Virgin Australia’s new daily Brisbane-Tokyo Haneda flights, which start on March 29.

Dominic Kennedy, MD of Virgin Atlantic Cargo, said, “This year, with the growth of our flying programme and our new expanded joint venture with Air France-KLM and Delta, we are giving our cargo customers unprecedented access to new markets, new gateways in existing markets and extra frequencies. South Africa is a great cargo market and the addition of Cape Town to our network, alongside the launch of A350 flights on Johannesburg, will increase the choice we can offer our customers in the UK and South Africa as well as those in the US who trade with South Africa via our London hub. We are also pleased to be offering more capacity for customers moving goods to and from Havana. 2020 is an exciting year for Virgin and our customers.”

Virgin Atlantic Cargo’s customers are benefiting from the up to 22 percent increase in capacity provided by the airline’s growing fleet of A350-1000 as well as Virgin Atlantic Cargo and Delta Cargo’s move to a new state-of-the-art Export facility at Heathrow, which will ultimately double size of their joint operation at the airport. Investment in new technologies will also make Virgin Atlantic Cargo even easier to do business.

In 2019, Virgin Atlantic launched new, daily Heathrow-Tel Aviv and Heathrow-Mumbai services and, at the end of March 2020, will commence the airline’s first services to South America with daily Heathrow-Sao Paulo flights. Customers will also have the choice of double daily flights between Heathrow-Delhi, more capacity to San Francisco, as well as Virgin Australia’s new Brisbane-Tokyo Haneda route.