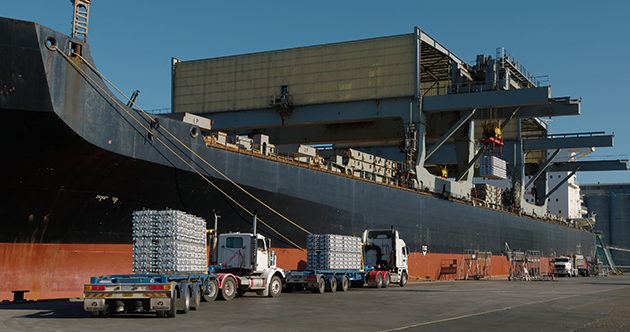 The fee increases incurred by new biosecurity measures have again beset freight carriers as the industry braces itself for new sea and air charges announced by the Department of Agriculture.

Taking effect on 1 January 2020, the expansion of cost-recovered import measures invoked to support the nation’s biosecurity system are, according to the Victorian Transport Association, the most recent of a litany of fee increases foisted on the transport industry inevitably set to be transferred to the supply chain with road and rail freight forwarders likely casualties.

The revised cost amounts to an effective 15 per cent increase.

“It seems like rarely a week passes when statutory charges, fees and other costs transport operators have to pay aren’t increased, and typically exponentially higher than CPI,” he said.

“We’ve seen stevedore infrastructure surcharges increase at the Port of Melbourne by over 4000 per cent and this latest increase in biosecurity charges will inevitably flow through the supply chain to road and rail freight forwarders, who we urge to pass it on to their customers, and eventually consumers,” said Anderson.

“As we’ve long argued, transport operators cannot absorb higher supply chain costs because doing so makes it difficult to manage cash flow and stymies investment in people and equipment. Ultimately, costs will be passed on and consumers will pay more at the till if increases in fees and charges continue to be the new norm.”

The limited consultation by the Department with industry leading up to the announcement was also condemned by Anderson.

“It is disappointing that industry has been given only two weeks’ notice of these increases, and during the busiest time of the year for freight operators leading up to Christmas, severely limiting their ability to discuss the inevitable impacts higher prices will mean for their customers,” he said.