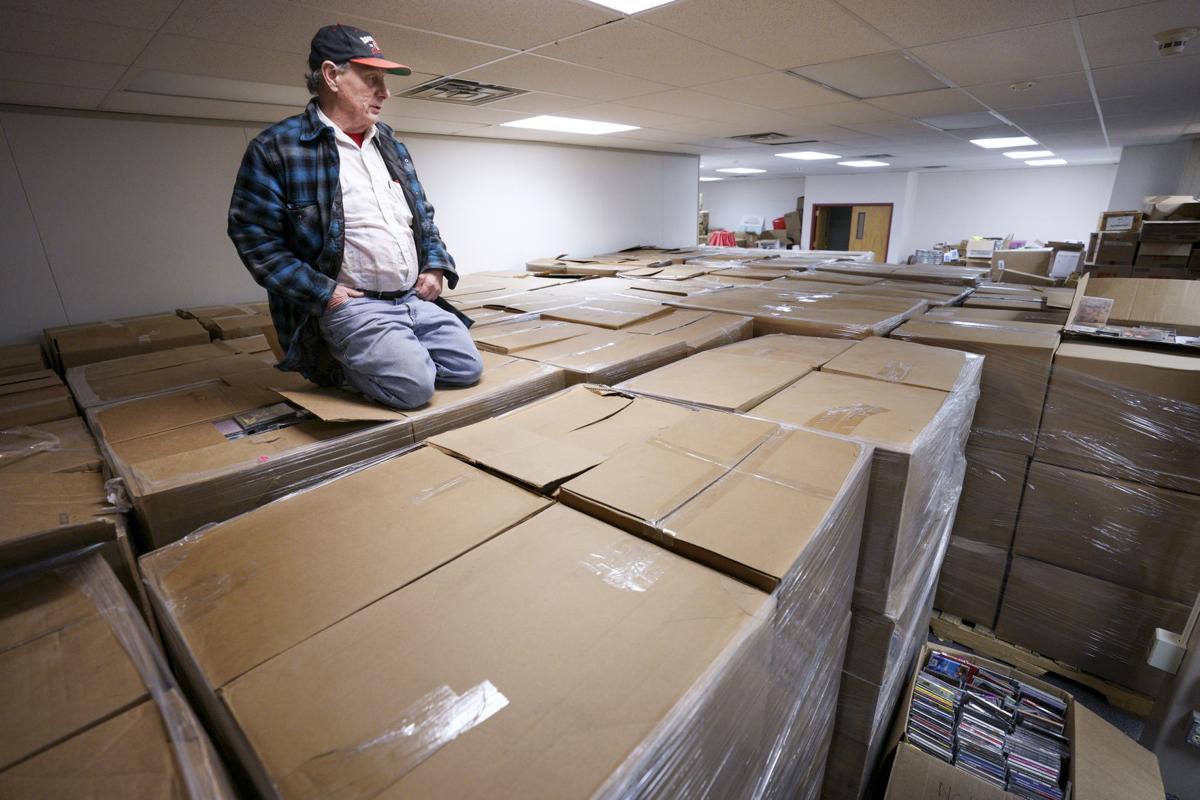 Warehouse owner Duane Steinhauer summits the mountain of compact discs that became his after the Madison-based secondhand CD and music-streaming service Murfie shut down in November. 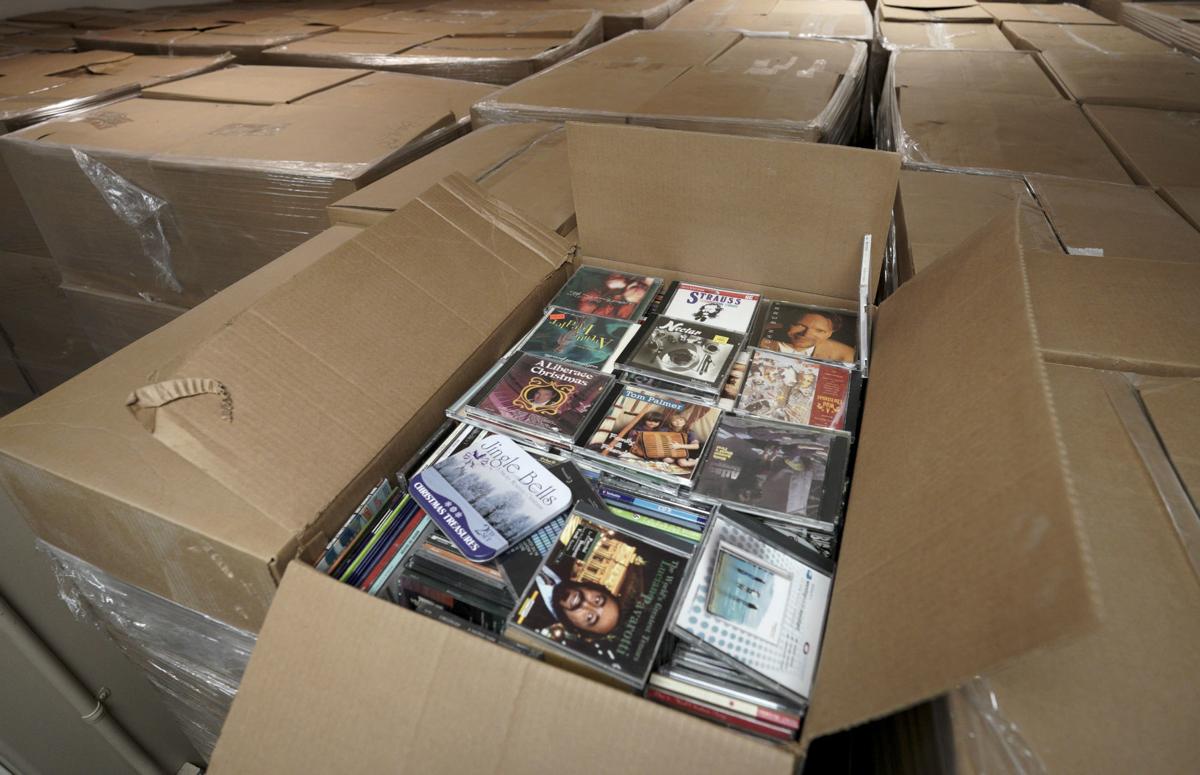 “A Liberace Christmas” is among the thousands of CDs sitting in Duane Steinhauer’s warehouse off the Beltline. 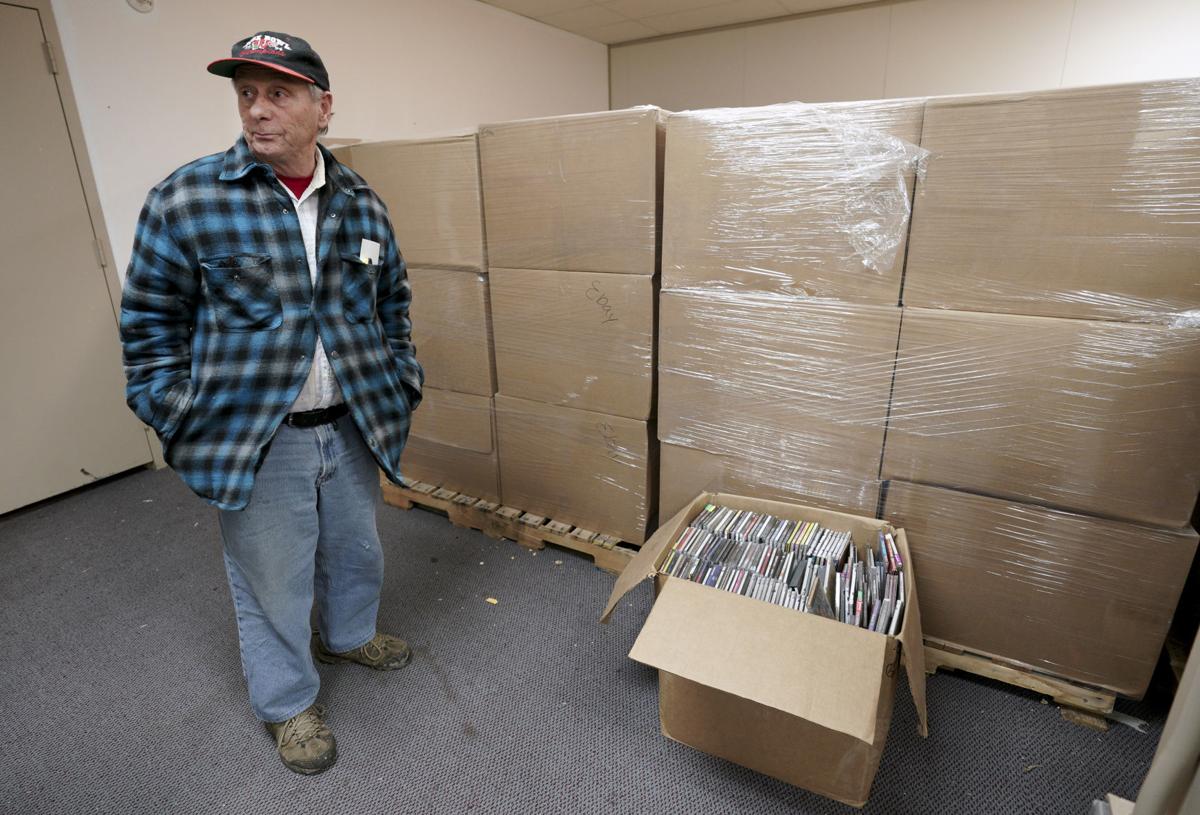 Warehouse owner Duane Steinhauer doesn’t know what to do with roughly 250 boxes of compact discs abandoned by Murfie after the secondhand CD and music-streaming service unexpectedly dissolved in November. 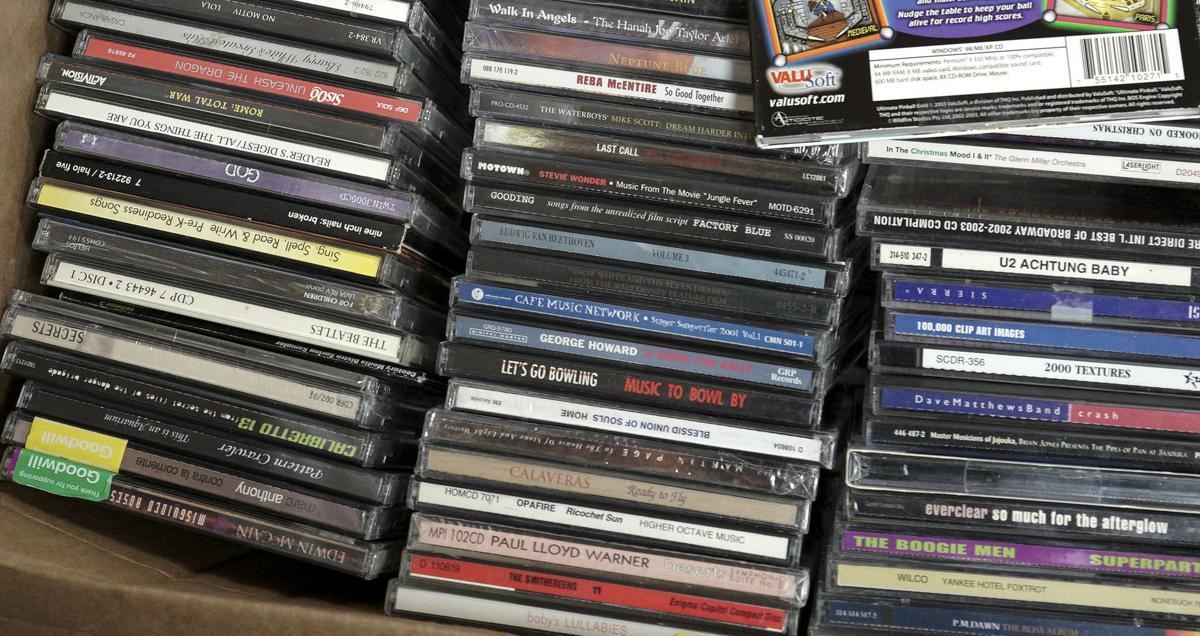 Steinhauer suspects the CDs in his possession were bought in bulk, but he’s unsure of their origin. 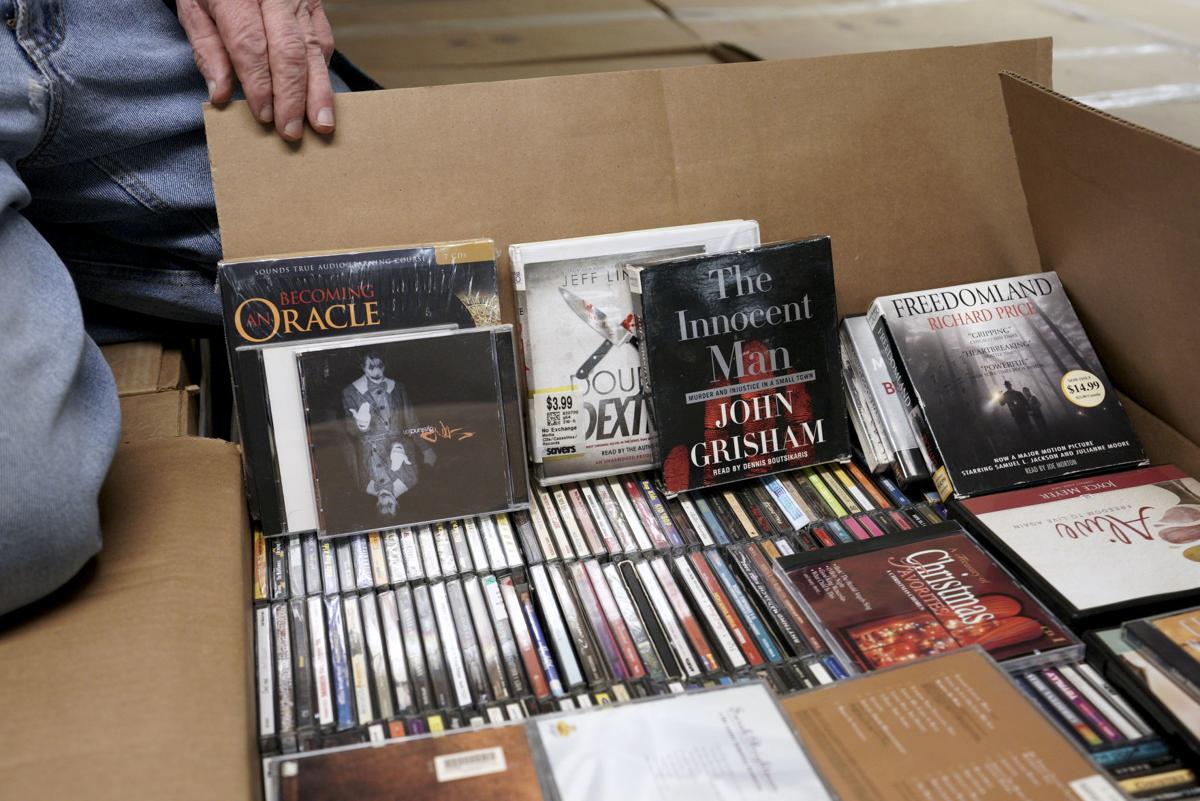 Steinhauer is considering hosting a one-day sale or giveaway of the abandoned CDs sometime this spring.

Hundreds of cardboard boxes are stacked on pallets in a fluorescent-lit warehouse space off the Beltline. Each contains hundreds of used compact discs — studio albums by Janet Jackson and U2, audiobooks like Dan Brown’s “The Da Vinci Code,” obscure software programs from the 1990s, and gems such as “Let’s Go Bowling: Music to Bowl By.”

Duane Steinhauer, co-owner of the warehouse, doesn’t know what to do with the CDs. In fact, he isn’t sure where they came from in the first place.

About two years ago, Murfie — the Madison-based secondhand CD and music-streaming service that unexpectedly dissolved in November — began leasing a room in Steinhauer’s warehouse for storage. But after a couple of months, he said, the company stopped paying rent.

“They wanted to rent some more space, but they hadn’t paid the rent for the first space, so I said, ‘No, I’d rather not.’ A month later, we still hadn’t collected any rent, so we tried getting a hold of them, and we were told that the person we had been dealing with had been fired,” he said.

“It appeared that nobody else at the company knew they had rented space from us, or that they even had anything in our building,” he said. “We asked, ‘What do you want to do with this stuff?’ And they said, ‘What stuff?’ We quit trying to talk to them because they had no idea what was here, and they didn’t want to come and look.”

U.S.-Canada border closure extended by another month until August 21