EXCLUSIVE: Waste management companies in the UK are set to increase charges to councils and businesses for waste collections as higher disposal costs and falling commodity values start to bite.

While the immediate impact is likely to be felt by commercial customers, the cost pressure is also being seen by municipal clients. 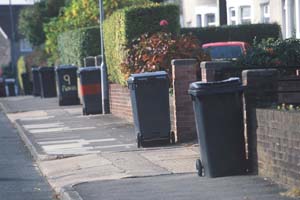 Cost pressure is being seen by both commercial and municipal clients

letsrecycle.com understands that some waste companies have written to business customers warning that costs will be rising this year as it becomes more expensive to deal with residual waste and less income is generated from recycling.

“ESA members are doing all they can to keep fibre grades moving, but are doing so at much lower prices. This serves to once more highlight the urgent need to develop resilient, sustainable, domestic markets for these materials if we are to continue making the most of them and not undermine the progress, and investment, made over the past decade,” said Mr Hayler.

Aside from the commodity market concerns, a €31.75 (£26.88) tax on the import of waste for energy recovery brought in by the Dutch government on 1 January 2020 is impacting on residual waste costs.

With the Netherlands being a major destination for UK waste in the form of RDF, this is having a knock on effect on the UK industry, but so far the suggestion is that the costs have been partially “absorbed” by the Dutch. 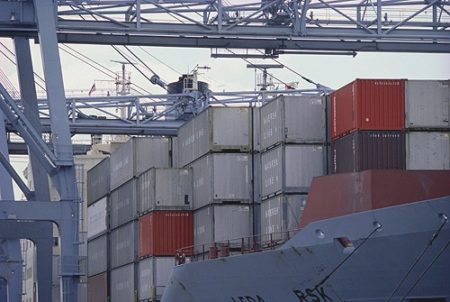 Sweden, another market for UK waste, is also to introduce a tax of around £5-6 on incineration which will come in from April.

From an LGA perspective, Cllr David Renard, environment spokesman for the Local Government Association, warned that higher costs are hitting the ability of councils to recycle.

He said:“The ban by China and other countries on imported paper and plastic waste has led to some councils’ recycling costs increasing significantly over the past year, which risks limiting councils’ ability to recycle. Government plans to extend the ban to countries outside the Organisation for Economic Co-operation and Development will lead to new costs for councils as it will restrict where they can send recyclable material,” he explained.

Cllr Renard added: “Ahead of the Budget, we want to work with government to ensure councils have enough funding and support to help them offset the loss of income they face due to the exported waste ban, and to meet the recycling challenges under the Waste Strategy.”

Sources from across the waste sector have told letsrecycle.com that customers will definitely face price increases this year, even if the value of used cardboard recovers slightly. One said: “The market is extremely tough and from quarter two the pressures, particularly in the residual market, will increase. We will see landfill tax rise and landfill charges will also be going up and energy from waste plants may well edge their prices up too.”

Another said that on the materials front, continuing problems of low quality material arising from the municipal waste stream continued to cause problems and that local authorities still needed to do more to help contractors getting the public to put “cleaner recyclables” out for recycling.

In a trading update last week, Dutch firm Renewi explained that it has “continued to increase prices to waste producers to address low recyclate prices”, adding that the Dutch RDF tax has already begun to make some of its UK contracts “onerous”.

In a statement given to letsrecycle.com, Stuart Hayward-Higham, technical development director for SUEZ, said companies have to pass on costs due to increased investment in infrastructure.

Mr Hayward-Higham added:  “The sector’s continued investment in new facilities to treat residual waste, to support the move away from landfill, has incurred costs that have been passed on to waste producers. However, these costs are generally lower than the equivalent cost for landfill disposal,” he explained. 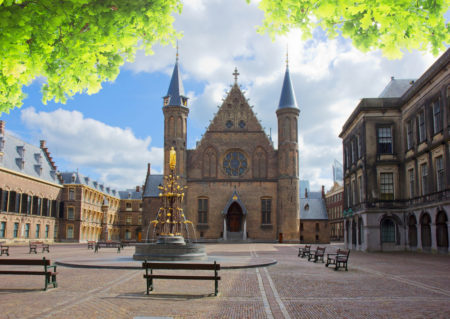 A €32.63 tax on exports of RDF to the Netherlands was introduced by the Dutch parliament (picture:Shutterstock)

Commenting on exports, he said: “The UK continues to experience a shortfall in domestic treatment capacity, remaining reliant on RDF export. Continually increasing landfill tax, combined with current and expected taxes from the Netherlands and Sweden on RDF imports, are likely to see the cost of residual waste treatment continue to rise to fund further investment in new facilities, whilst also paying the higher cost of domestic landfill disposal until new capacity is commissioned.”

Continuing on the infrastructure point in a statement given to letsrecycle.com, Richard Kirkman, chief technology and innovation officer said: “Veolia has invested £2bn in UK infrastructure over the past 20 years ensuring we have local capacity for our key clients. ”

However, Viridor distanced itself from problems these taxes bring onto the market, with a spokesperson saying: “Viridor has a fleet of energy recovery facilities and landfill sites across the UK, and processes non-recyclable waste (to generate low carbon electricity) here, the company is unaffected by the new Dutch RDF tax.”

While declining to comment on the waste market, the British Chamber of Commerce said it is undertaking some survey work on what businesses are doing to achieve net zero, “including things like recycling”.