Kolkata: The West Bengal Pollution Control Board (WBPCB) has put in place an action plan to tackle the air pollution in the city, an official said. The Air Quality Index in several automated air monitoring stations in the city had hovered between 200 and 350 (PM 2.5) in the first week of November, which was categorised as ‘moderate’ and ‘poor’. 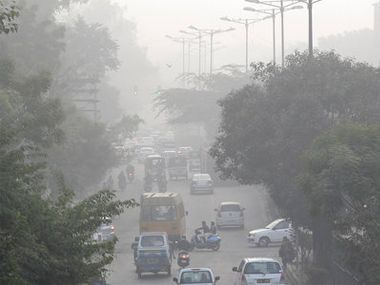 The Air Quality Index then improved substantially as Cyclone Bulbul lashed the city and washed away the particulate matters in the air for the next few days. A WBPCB statement said on Friday, although the levels of PM 2.5 during summer and monsoon remain within the prescribed standards, it exceeds during the winter months due to various factors and an air quality action plan has been put in place to address the situation.

An Air Quality Index from 0-100 (PM 2.5) is considered satisfactory and within prescribed limits. The WBPCB statement attributed road dust as “having contributed substantially to air pollution” in recent times and said the WBPCB has provided Rs six crore to Kolkata Municipal Corporation for procurement of 10 water sprinkling vehicles.

Ten ‘mechanical sweeping vehicles’ which will sweep dust from road in a mechanised manner will also be procured by KMC for containing dust, the statement said. Three water sprinkling vehicles, apart from the 10 to be procured later, are already being put in service by the WBPCB in the eastern parts of the city from Friday, a WBPCB official said.

All these water sprinkling vehicles and mechanical sweeping vehicles, when together put in service, will cover the airport to Garia stretch via EM Bypass, Garia to Tollygunge Phari, Tollygunge to Rashbehari via Mominpur, Thakurpukur to Taratala via Behala, Esplanade to Shyambazar, Dunlop to Chiria More, the official said.

The water sprinklers will help in a great way to contain particulate matters gathering in air and bring down air pollution to a great extent, he added.