Lane County emergency managers want you to be ready in case a wildfire breaks out.

The Holiday Farm Fire taught emergency workers that getting information to people in rural areas and rescuing them is difficult during an emergency.

With dry conditions presaging an early fire season, the time to be ready for the worst is now.

“It’s important for everyone to understand how they’re getting emergency information,” Lane County Emergency Manager Patence Winningham said at a wildfire preparedness news conference last week. “It is important for you to take protective action for yourself.”

No wildfires are burning in Lane County, but the county is experiencing severe drought that has left soil and timber dry, increasing the risk of fire. Campfire and fireworks bans, including in south Eugene, recently were enacted because of dangerous dry conditions.

“We’re starting off drier than last year,” said John Flannigan with the Oregon Department of Forestry’s Eastern Lane Unit. “The hope is we don’t have another major weather event as we did last year. We’re definitely at higher fire danger than we’d normally be.”

Gov. Kate Brown declared a state of emergency for Oregon on June 29 meant to improve response times to emerging fires. Brown invoked the Emergency Conflagration Act on Tuesday for the Jack Fire in Douglas County and twice last week in response to wildfires burning thousands of acres near Dufur and The Dalles. 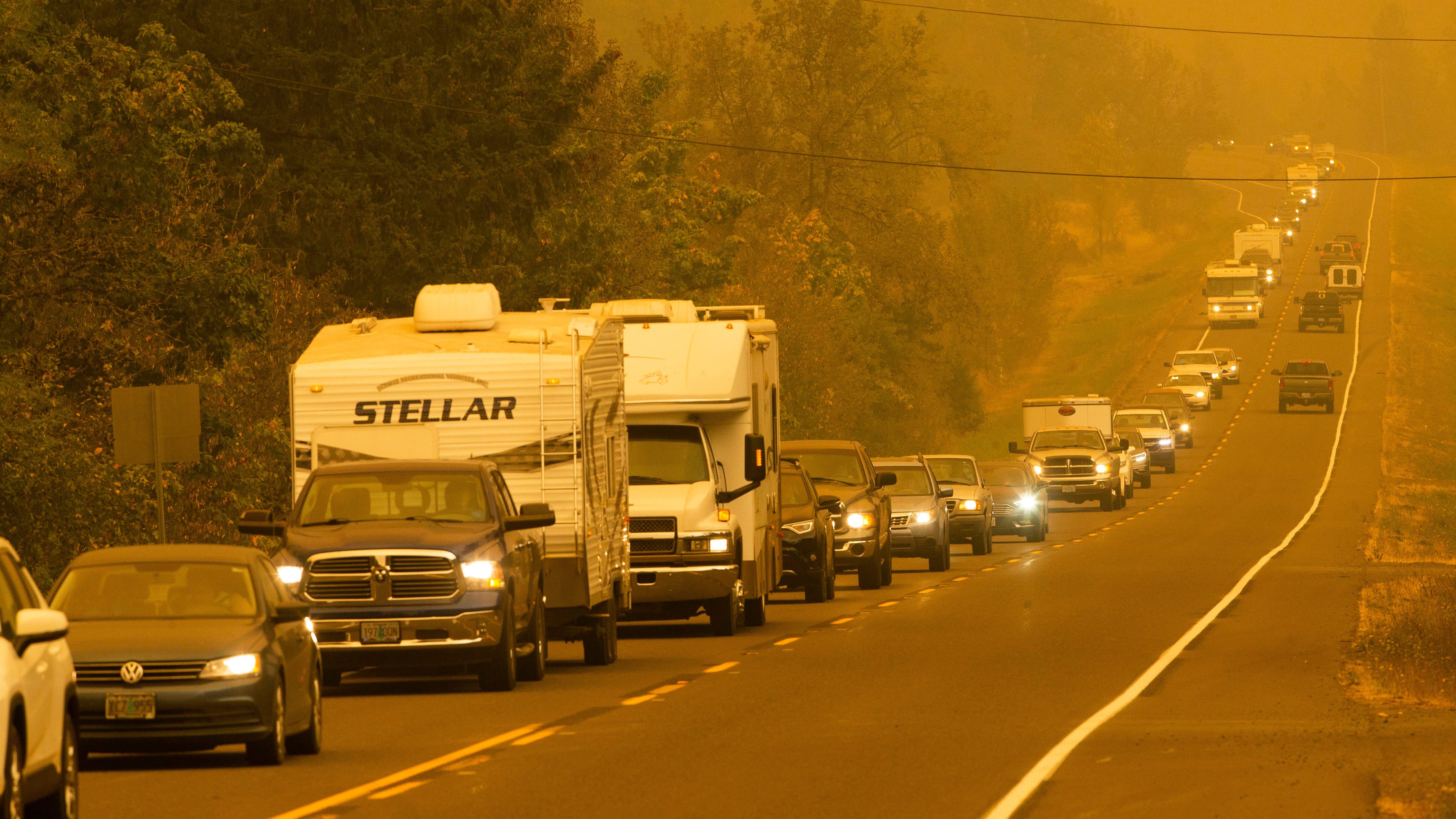 In an emergency, officials communicate to Lane County residents when to prepare and when to leave their homes or an area.

The three evacuation levels are “Get Ready,” “Get set” and “Go,” and Winningham discussed steps residents should take at each level:

At Level 1 — Get Ready: Residents should take protective measures by identifying important items that need to be saved during an evacuation, Winningham said. Residents also should review their communication plans with nearby family and check to see if neighbors are warned.

At Level 2 — Get Set: There is significant danger in the area. Residents should either voluntarily relocate outside of the area or, if remaining, be ready to evacuate at a moment’s notice.

People living in RVs, when they get a Level 2 alert, should consider getting to safety.

“You probably should pack up and get going down the road so you don’t plug up the roads. We want to be able to move people as quickly as possible,” Winningham said.

At Level 3 — Go!: This means to leave the area immediately, Winningham said. “Level 3 means ‘Go.’ You need to leave now,” she said.

“First responders may or may not be able to come back and get you. That’s a decision you have to make for yourself.”

Wildfires: Evacuations ordered due to Jack Fire east of Roseburg 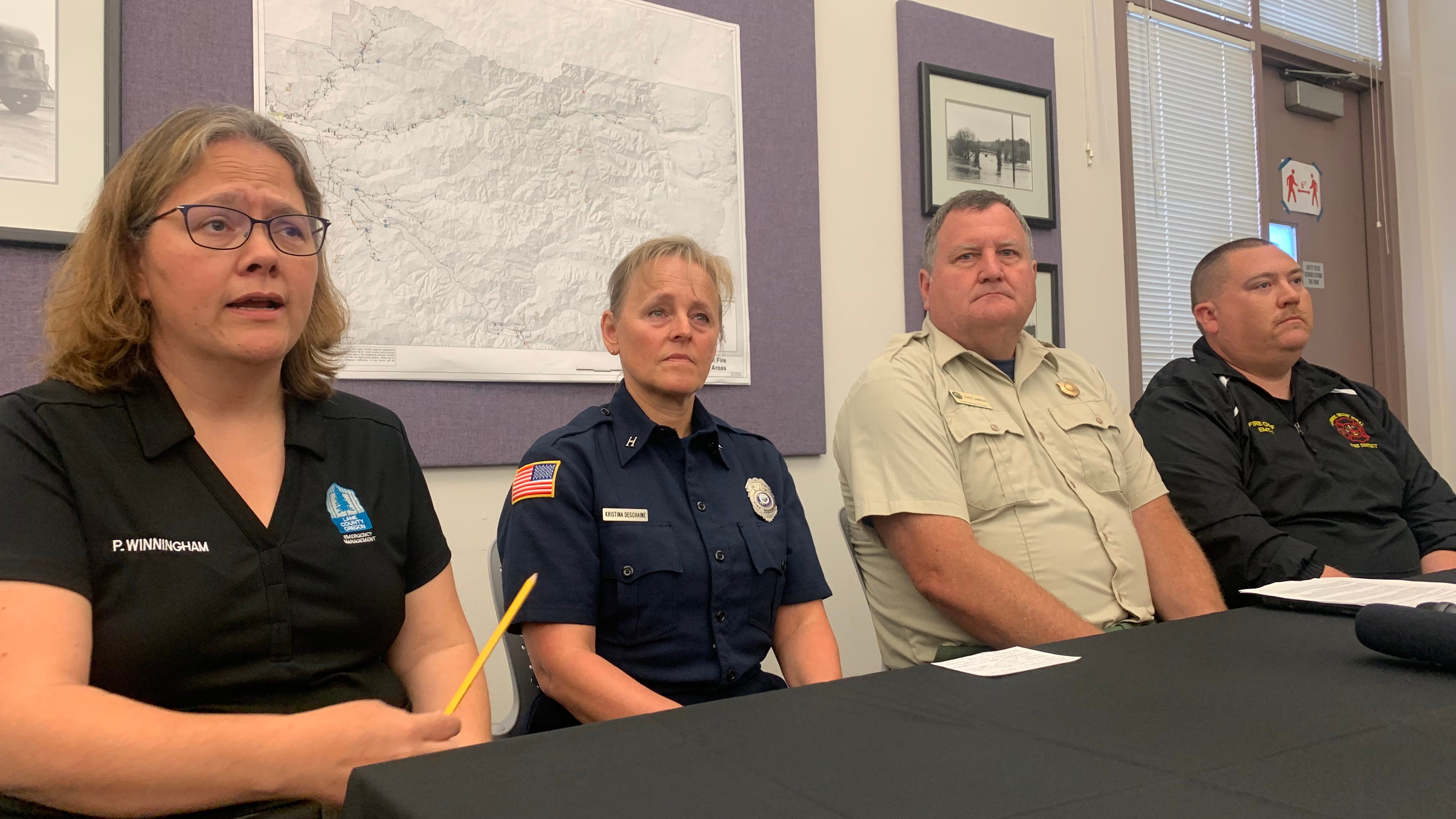 Where to get alerts, plans

Winningham warned Lane County residents to keep alert and to get their information from a trusted source, whether it be government resources or social media.

Residents can sign up for emergency alerts and review evacuation plans online on the Lane County emergency management webpage, bit.ly/3qQ9UX2.

The webpage also offers a checklist to help residents prepare for emergencies that could keep them from home for weeks. The Get Two-Weeks Ready plan involves 12 steps to prepare a robust emergency kit in case of a catastrophic natural disaster such as a wildfire, flood or ice storm.

The county’s emergency management webpage also has links to other preparedness information, including to the federal government’s overall emergency preparedness Ready website at www.ready.gov.

The U.S. Forest Service offers a checklist of what to plan and have ready to take with you and what to do when having to evacuate for a wildfire. Working to gather the items and information before an emergency is key, as evacuation notices can come quickly, giving people little time to prepare in the moment.

Gather in advance and store in a secure place that is easily loaded into a vehicle, so you’re ready to evacuate quickly:

When evacuation seems a possibility, get these things ready:

Before you leave your home:

“In the unfortunate event that a fire does start, the best survival (strategy) for your home is being a little proactive,” Mohawk Valley Rural Fire Department Chief Steven Wallace, a member of the Lane County Fire Defense Board.

During the Holiday Farm Fire, which began in a Labor Day windstorm before burning more than 173,000 acres and about 400 homes in the McKenzie River Valley, residents with space around their homes free from fuels were easier for firefighters to protect.

Information about the program and registration forms can be found on the Lane County Public Works webpage, bit.ly/LaneFirewise.

Small communities saved each other during the Holiday Farm Fire, Winningham said.

“It came down to neighbors helping neighbors because communications capabilities failed,” Winningham said.

“You need to be able to build those relationships with your neighbors now so they know who to count on and you know you can count on them.”

Winningham said neighbor communication can help assure, for example, people with mobility issues can rely on assistance from neighbors.

She said it’s essential for residents who get emergency alerts to check to see if their neighbors were also alerted.