Where Will Plug Power Be in 10 Years?

If you asked me 10 years ago where I thought hydrogen fuel cell pioneer Plug Power (NASDAQ:PLUG) was going to be in 10 years I think it’s safe to say I wouldn’t have been optimistic.

10 years ago, you see, Plug Power was just wrapping up a decade of losses, reporting a bit less than a $41 million GAAP loss for fiscal 2009 and burning through a bit more than $41 million in negative free cash flow. And Plug’s sales? In 2009, Plug moved just $12.3 million worth of product — just $1.3 million more than it had sold a decade before in 1999.

But what a difference a decade makes! 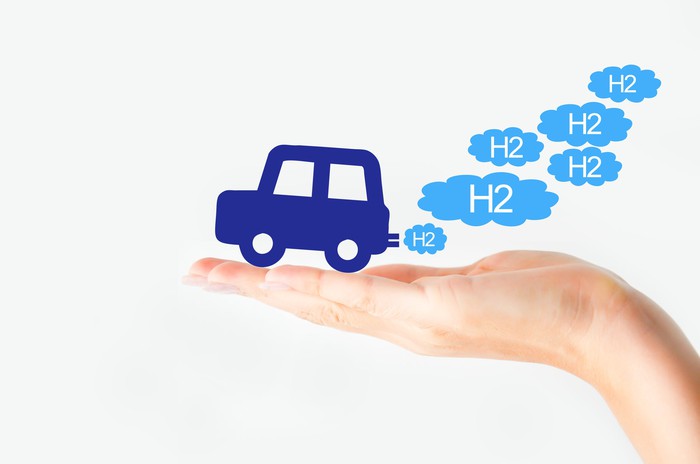 10 years later, Plug Power is on track to wrap up 2019 with close to $200 million in annual sales, or twice what it sold just a couple of years back. What’s more, just earlier this week analysts at investment bank B. Riley/FBR laid out a case for how Plug could conceivably reach $1 billion in annual sales just five years from now.

So no, Plug might not be profitable today. And no, it isn’t generating any cash, either. But it’s starting to look like the sales engine is finally in gear.

By this point, you probably have the impression that I’ve gotten over my pessimism, and am at long last ready to endorse Plug stock, right?

Plug Power has made some impressive strides on the sales front. Last quarter’s earnings call, which took place earlier this month, saw Plug management touting the company’s “Big Auto” customer list, which now includes everyone from BMW to Daimler AG to Honda to Volkswagen to General Motors to Fiat Chrysler using Plug’s fuel-cell-powered material handlers — and you can see that success reflected in the company’s sales growth.

So even if Plug succeeds in delivering its promised $1 billion in sales by 2024 ($750 million from material handling, and $200 million in on-road vehicles and $50 million in stationary power,” according to CEO Andy Marsh), there’s no guarantee that those sales will be profitable.

What’s more, I even have my doubts about Plug’s ability to deliver on the sales it’s promised.

Consider that Plug Power is currently telling investors it plans to book between $235 million and $245 million in sales this year. So far, the closest to that goal Plug has gotten is the aforementioned $132 million in sales through Q3. To reach its goal, therefore, Plug needs to generate more than $100 million in sales in this current, final quarter of the year. Even acknowledging that Q4 has historically been a strong sales quarter for Plug (the company booked $60 million in last year’s Q4, for example), getting to $100 million is going to be a stretch.

Consider too that earlier this year (in Q1 to be precise), Plug management promised its investors that it would be very close to breakeven on a cash flow basis this year: “Operating cash flows for the full year may be somewhere between slightly negative to slightly positive.” In fact, however, through the end of Q3 2019, operating cash flow has run negative to the tune of $52 million.

Will Plug be able to make that all of that up in just a single quarter, and end 2019 in the black on a cash flow basis? Maybe … but I wouldn’t bet on it. And if Plug fails to deliver on its promise come December 31, I have to wonder what such a failure will do to investor confidence in the company, now that Plug’s shares have basically doubled in price over the past year.

By this point you may be wondering: How is it that Plug Power, which has failed to deliver profits to its investors for such a long time, and which is apparently on course to break its revenue promise, its cash flow promise, or both this year, has managed to not just remain in business, but nearly double its stock price this past year?

The answer: Plug sells a lot of stock, and uses that cash to keep itself solvent and investor hopes alive.

Over the past decade, investors in Plug have seen shares outstanding in their company grow 18 times in volume, from 12.9 million shares at the end of 2009 to 245.8 million shares today. On the plus side, so long as investors remain willing to buy Plug shares and provide Plug the cash it needs to survive, there’s actually a good chance that Plug will remain in business for another 10 years. The problem, though, is that even assuming Plug “makes it,” and even assuming the company ultimately earns a profit (eventually), given the rampant dilution going on, by the time that profit does arrive it will be so diluted by so many shares outstanding that any profits accruing to any single investor will be de minimis.

Long story short: 10 years from now, Plug Power may well still be in business — but I wouldn’t want to own it.