Why Shares of FedEx Are Up Today

Shares of FedEx (NYSE:FDX) traded up more than 5% on Monday on renewed hope of a U.S./China trade deal. FedEx has been one of the big corporate losers from global trade tensions, and its CEO among the most outspoken critics of the ongoing battles.

FedEx holders have endured a series of quarterly earnings misses due to what CEO Fred Smith has called “a weakened global macro environment driven by increasing trade tensions and policy uncertainty.” FedEx has said that its large corporate shipping partners have responded to the uncertainty created by macroeconomic conditions by cutting back on orders, depressing demand for shipping. 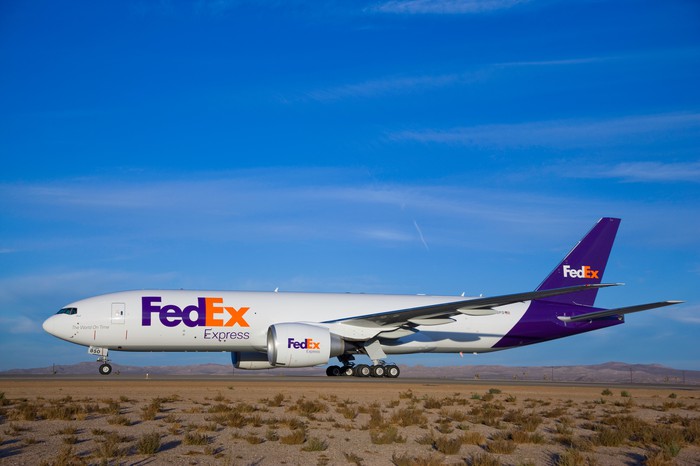 FedEx is taking off along with hopes for a trade deal. Image source: FedEx.

Shares of FedEx are down more than 25% over the past year even after Monday’s gains.

In recent days the outlook for at least a limited trade deal has improved, with Commerce Secretary Wilbur Ross telling Bloomberg over the weekend that he is optimistic an accord can be reached this month.

While the exact details are far from certain, the cooling in tensions would at least suggest that the risk that a new round of U.S. tariffs set to go into effect on Dec. 15 covering imports of electronics and toys has diminished. Those additional tariffs threatened to create havoc around the holiday season and would have likely disrupted FedEx’s operations during the company’s peak consumer shipping season.

FedEx trades at a reasonable 13 times forward earnings and less than 1 times sales, but even with the cooling rhetoric between the U.S. and China in recent days this remains a potentially turbulent period for shipping stocks. The global economy is showing signs of weakness, and there is some worry about a potential U.S. recession.

FedEx, over the long haul, will likely be able to manage through these storms and the fallout from Amazon.com striking out on its own to manage shipping, but in the near term expect FedEx to trade up and down with the headlines.